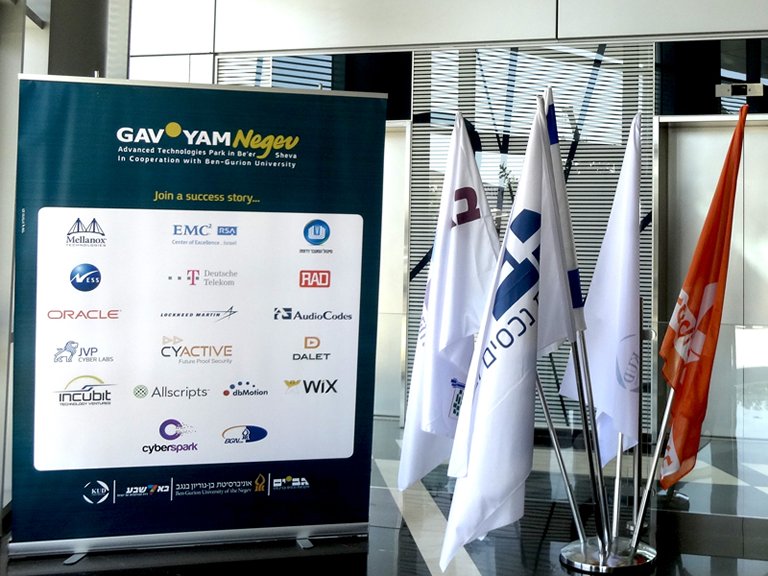 Israel’s innovative, yet pragmatic, high-tech industry has aroused strong interest from multinationals and international investors in recent years. As the profit outlook of Israeli start-ups improves in line with the growing maturity of its technologies and innovation, investors from all around the world have strengthened their presence in the country’s technology ecosystem. In 2014, the total capital raised by Israel’s high-tech sector surged by 46% to reach an historic high of US$3.4 billion [1] , more than doubling in a decade. Foreign investment is the most important source of funding to Israeli high-tech companies. It accounts for more than 70% of the total funding for Israeli technology companies, and about 80% of Israel’s venture capital funding. As the key banking and fund management centre in Asia, Hong Kong is in a good position to facilitate regional investment in Israel’s flourishing technology sector.

US and European companies have hitherto been the dominant funders of Israel’s high-tech sector, but Asian investors have more recently started strengthening their presence. Hong Kong-based Horizons Ventures, for instance, has invested in more than 20 Israeli companies across various sectors and sub-sectors, including software, mobile applications and healthcare. As a global financial centre in Asia and one offering premier financial services, Hong Kong is a natural partner for those Israeli technology companies seeking investors and business collaboration in the region. During a recent HKTDC field trip to Israel, it was generally observed that Israeli start-ups often find it difficult to identify the appropriate contacts needed to connect with Asian corporations willing to invest in start-ups. In this regard, Hong Kong’s investors, financial services providers and investment intermediaries could play a useful role in linking Israeli high-tech companies with corporate investors in Asia, especially those from the Chinese mainland.

With the ambition to expand globally amid rising investor interest in Israeli technology, the more mature Israeli technology companies have been increasingly inclined to go for Initial Public Offerings (IPOs), aiming at higher price-earnings multiples. Compared with 2013, the number of IPOs in 2014 by Israeli companies more than doubled to 17, with New York and London being their favoured IPO destinations. Meanwhile, more than 80 Israeli companies have listed on the NASDAQ market.

Israeli high-tech companies have also gained increasing attention from the private equity sector, particularly from outside the country. In 2014, 45 Israeli and foreign private equity funds invested a total of US$2.2 billion, up 10% from 2013. Currently, foreign funds account for about 70% of the private equity investment in the Israeli high-tech sector, with a notable rise in the number of Chinese investors. According to the Israeli industry players interviewed, many Israeli high-tech companies are eyeing Asia as a way of broadening their funding sources, while also considering the possibility of listing on the stock exchanges in Hong Kong or Singapore. Indeed, the Hong Kong Exchange has been one of the world’s top five IPO markets since 2002, with its IPO fundraising level surpassing that of NASDAQ in 2013 and 2014. As Asia’s largest IPO market and its second largest private equity centre, Hong Kong is ideally placed to assist Israeli companies looking for fund-raising opportunities in Asia.

Strategic acquisition by large corporations or multinationals has become one of the growth paths for Israeli start-ups looking to obtain more funding and market opportunities. It is not surprising to find that many Israeli high-tech companies have been acquired by US corporations, including Microsoft, Google, Facebook and IBM. These major acquisitions span various high-tech sectors and sub-sectors, including software, mobile applications and telecommunications. Google, for example, acquired the Israeli mapping and navigation app Waze in 2013. Also of note, Hong Kong-based Horizons Ventures has been a VC investor in Waze since 2011. Although US and European firms have been the major acquirers, more Chinese corporations are stepping up their efforts to become the funding partners of Israeli start-ups.

Chinese Interest in Israeli Technologies on the Rise

Cutting-edge Israeli technologies, particularly in telecommunications, the internet, and cyber-security, are of increasing significance to the Chinese business community, as it is keen to transfer advanced technological know-how to the mainland, thereby accelerating Chinese technological developments. Prime examples here can be found in the renewable energy and the Internet of Things (IoT) sectors (More details will be examined in an upcoming article “Israeli technology: targetting the emerging markets”).

Sluggish performance by the mature economies in the West, alongside limited local demand, has seen Israeli start-ups intensifying their search for new markets and funding sources in the East over recent years. Among the countries being considered, China is reportedly high on the agenda of many Israeli start-ups. Nonetheless, differences in business culture and the complexity of regulatory issues are among the key issues that deter smaller Israeli companies from reaching out to the Chinese market on their own. Within this context, there has been a notable increase in business collaborations between Israeli and Chinese corporations.

A few years back, Chinese investors mostly partnered with Israeli VCs in order to gain exposure to the Israeli technology ecosystem and to establish connections. In 2012, for example, Lenovo invested in an Israeli VC - Vertex Venture Capita – in order to explore new development opportunities in digital media and communications technologies. In October 2014, two of China’s leading internet companies, Baidu and Qihoo360, as well as the Ping-An Group, a financial corporation, invested in the Israeli venture capital firm Carmel Ventures. It primarily focusses on high-tech start-ups in the enterprise software, big data, cyber security and digital media sectors.

The Israeli technology ecosystem, however, is experiencing rapid change as far as funding channels are concerned. After becoming more familiar with the Israeli technology sector, many Chinese enterprises are now more active and are investing directly in those Israeli companies that they have identified as potential technology partners. In May 2015, Baidu announced its third direct investment in an Israeli start-up - Taboola, a website recommendation firm. This follows its investments in Pixellot (a video production provider) in December 2014, and Tonara (a music education platform) in April 2015.

According to a report by the IVC Research Centre, there have been more than 30 companies from the Chinese mainland and Hong Kong making first-time investments Israeli technology companies since 2012. The number of Chinese investors has grown at an impressive annual rate of 50% during this period. Meanwhile, Hong Kong’s foreign direct investment (FDI) stock in Israel grew to US$367 million in 2013, compared to a mere US$45 million in 2011 and US$31 million in 2012.

The Israeli government is well aware that, as well as entrepreneurship and technology research and development, financial resources are indispensable when it comes to converting innovative ideas into successful businesses. The Israeli government, therefore, has played a crucial role in encouraging private funding for the country’s technology start-ups. The Office of Chief Scientist (OCS) runs as many as 45 support programmes, which include incubators, international collaborations and R&D programmes. These are aimed at providing such assistance as grants and tax incentives specified for different technology fields. In particular, those government-encouraged sectors, such as cyber-security, biotechnology and clean-tech, enjoy a higher level of support. In order to avoid over-reliance on a particular source of funding, OCS is looking to diversify into new financing channels, such as crowd-funding and institutional entities. In addition, it hopes to attract strategic and long-term investment, as well as encouraging collaboration with those investors with sophisticated experience and overseas connections, a development that will help Israeli start-ups to expand into new markets.

In the wake of the international financial crisis of 2008-09, there have been growing calls for global financial and banking institutions to balance financial innovations with greater management and more prudent oversight. At the same time, rapid customer-driven growth in online banking, amid intensifying competition among financial service providers to enhance the customer experience, has sparked waves of substantial investment for the modernisation of the entire IT infrastructure. Against this background, the financial services and insurance industries are notably keen investors in financial technology (Fintech) as part of their bid to implement better IT solutions. This has spawned an increasing number of service suppliers and start-ups in Israel. Not surprisingly, Fintech has emerged as an investment hotspot among various high-tech segments.

Over the past few years, the banking sector has been more actively involved in the Israeli technology market. In order to leverage Israel’s competitive edge and strengthen its technological lead among the financial industry players, Citigroup established its Israel Technology Innovation Centre in 2011. The Centre focusses on an array of banking and finance technologies for global applications, including mobile, data intelligence and trading platforms.

In light of the growing needs and interests of the global financial industry in adopting technological innovations, spanning online and mobile banking security, risk management and big data analysis, the Fintech sector is expected to attract more investment and funding support from banks and investment companies. In short, this also presents a significant number of investment and business opportunities for Hong Kong’s financial sector.

Exchanges get on express track