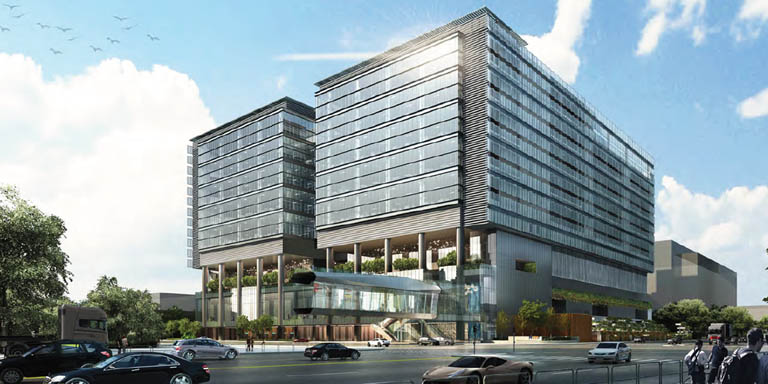 Factories spring back to life

Manufacturers are dusting off plants in the former manufacturing hub of Hong Kong, while some never left.

In the 1970s the world knew Hong Kong as a trusted manufacturing hub for industries such as clothing, textiles, electronics, toys and watches. At the time, there were at least 22,200 factories in the city with 871,000 workers. Many did Original Equipment Manufacturer and Original Design Manufacturer work for overseas companies.

However, from the 1980s many of those factories began moving to Mainland China as economic reforms meant much lower rent and wages. By the 1990s, more than 80% of Hong Kong’s factories had moved to the mainland, mostly in the Pearl River Delta.

A number of manufacturers persevered in the city, however, carrying on the respected “Made in Hong Kong” reputation. In the last couple of years, some companies have set up production in Hong Kong again as the city looks to re-industrialise for the future. The Hong Kong Special Administrative Region Government, meanwhile, has seen strong interest in its planned Advanced Manufacturing Centre in Tseung Kwan O (main picture).

For the past 70 years, plastics manufacturer Star Ind’l Co Ltd has made its iconic products in Hong Kong. Established in 1949, the company originally produced toothbrushes but the supply of bristles from the mainland was inconsistent at the time so the firm expanded into plastic products such as pails, ladles and containers. It was during the water shortage crisis in the 1960s that the company’s Red A brand became a household name in Hong Kong as many people relied on its products to store water rations.

In addition to its red and blue pails, Star Ind’l also produces other plastic items synonymous with Hong Kong such as the red lampshades seen in markets throughout the city and the plastic briefcases that many students carried to school in the 1970s. Today the company’s product lines are divided into three main categories: medical, catering and industrial, and household. Since the early 1950s, all the company’s offices, manufacturing, assembly and packaging functions have been located in an industrial building adorned with a large Red A logo in the San Po Kong neighbourhood of Hong Kong.

While other plastic products manufacturers migrated north in the 1980s and 1990s, the founders of Star Ind’l insisted on keeping production facilities in the city. “We strongly believe in Hong Kong. It’s an international city with a strong reputation, as consumers believe and trust the city and items that come from it,” Toby Yim, Business Development Manager, explains. “Obviously, we have to do our part in terms of keeping the quality high. Our workers’ and quality control staff’s attention to detail and quality are very high because this is the reputation of Red A. Combine that with Hong Kong’s well-regarded reputation in the international community, our products are received positively at home and abroad.”

“Since so many other manufacturers have moved their production elsewhere, there really are only a handful of ‘Made in Hong Kong’ products left in the city which makes those existing products even more special and valuable. Since Red A can still sustain manufacturing its products in Hong Kong, then we will continue doing so,” said Mr Yim.

Looking ahead, Star Ind’l’s belief in the city is not without its challenges, as the cost of manufacturing locally is exceptionally high. Mr Yim said the one-month electricity bill for the company’s factory in Hong Kong is equivalent to the amount a much larger mainland plant that houses 30 times more workers than Star Ind’l would pay for electricity for an entire year. Therefore, to maintain competitiveness in today’s market, the company has focused on product durability and safety, with all goods attaining various international certifications and standards.

“In the past, consumers would primarily only care about price. But today, the standards of living of many countries around the world has increased and consumers are paying more attention to the quality and safety of products, whether for commercial or home use,” Mr Yim said. “When consumers look to buy products today, they are focused on a number of concerns: pricing, safety and appearance. Different customers might rank those in a different order, but more and more people are placing safety first. So, our decision to emphasise the safety of our products means that we’re on the right track.”

Star Ind’l also recently launched a new line of plastic household items with sleek, trendy designs to target the growing consumer trend of using household products as home decorations. Today, not only do products need to be practical, but they also need to match the colour scheme of the home. The products in the new line are available in a variety of vibrant colours including green and purple, rather than the company’s traditional blue and red.

While Star Ind’l will continue to produce its products in Hong Kong, Mr Yim has noticed a small renaissance in manufacturing in the city which he believes to be a good thing. “With more companies coming back, it’ll bring back competition, forcing companies to improve, and eventually improving the products that come out of Hong Kong,” he said.

Re-industrialisation is one of the many topics dealt with in the Hong Kong Trade Development Council’s Enterprise Yearbook 2019. This is an edited version of one chapter in the publication.