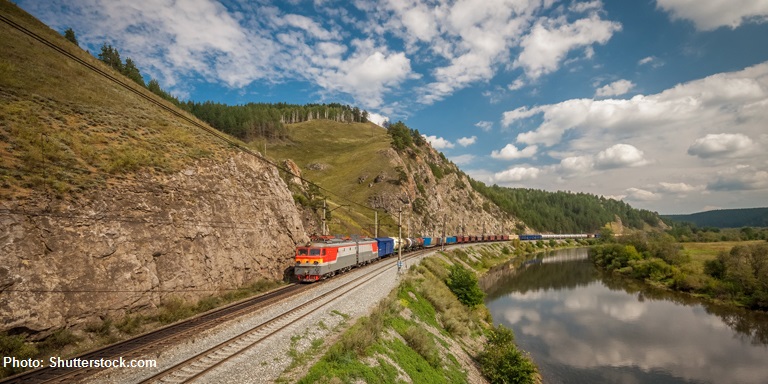 In a move likely to benefit Hong Kong's e-commerce operators, Russian customs authorities are now to receive details of the contents and value of inbound, Mainland China-origin packages, as well as having the statutory right to verify the accuracy of all such information. This new entitlement is in line with a Memorandum of Understanding (MoU) signed between China and the Russian Federation and is intended to ensure that all such parcels are subject to the appropriate level of import duty.

It is something of a Herculean task given that the Post of Russia, the national mail carrier, processed 282 million inward-bound parcels in the first 10 months of 2018 alone – a 24% year-on-year increase. Some 95% of all parcel mail originates in Mainland China.

In value terms, Russian consumers channelled US$3.5 billion worth of spend via mainland e-commerce sites last year, with the average per-transaction receipt said to be about US$10. Given the level of spend, the vast majority of such parcels are assigned to the Post of Russia, with international courier companies only tasked with delivering packages with a declared value of US$100 or more.

Prior to 31 December last year, Russian residents were liable to pay 30% import duty on any inbound e-commerce deliveries that cumulatively exceeded a per-person monthly threshold of either €1,000 (US$1,135) in value terms or 31 kilogrammes in weight. As of 1 January this year, however, a less liberal regime has been introduced, with the corresponding figures now €500 and 25kg. This, though, is only an interim level, with the maximum monthly duty-free valuation set to fall to €200 on a permanent basis from 1 January 2020, a figure that will closely align Russia's import taxation regime with that of the EU.

In order to be able to enforce the terms of this tougher legislation, the China-Russia MoU provided the framework for the establishment of a workable means of determining both the value of inward-bound packages and the nature of their content. The latter stipulation was seen as necessary in order to identify any goods deemed to represent a "high risk" and to ensure due compliance with international intellectual property protection regulations. While the exact definition of "high risk" has been left a little vague, the items concerned are believed to be those that are most likely to be used to dodge due duty – such as children's toys concealing a high gold content – rather than those likely to represent a threat to public order or national safety.

In total, some 70% of all Russia-bound goods of China origin fall into one of three primary categories – consumer electronics, household electric appliances, accessories, garments and footwear. As long as all such items are declared as for personal use, they are exempt from otherwise obligatory certification, the need to prove they conform to existing safety standards, import duty and value-added tax (VAT). Frequently, though, many such items are later offered for re-sale within Russia, with cross-border e-commerce deliveries now seen as the primary source of Russia's growing number of grey imports.

Following the adoption of this more proactive assessment of e-commerce imports, it is anticipated that the grey import level will drop dramatically, largely as the harder-to-avoid customs charges will make the re-sale of such items commercially unfeasible. At the same time, it is also expected that many mainland-based e-commerce platforms will baulk at the prospect of their deliveries being declared deliberately duplicitous, given the likely sanctions and penalties that would ensue.

This new arrangement could present new opportunities for Hong Kong-resident e-commerce businesses. As the special administrative region is classed as an independent member of both the International Postal Union and the World Customs Organisation, it is not party to the inter-governmental agreement signed between Russia and Mainland China. Hong Kong operators are free of any responsibility to automatically inform Russia's customs service as to the value and contents of any such dispatches.

Inevitably, then, many of the more sizeable Russian e-commerce players – notably Ozon.ru, laModa, KupiVIP and Wildberries – may come to see Hong Kong as their preferred jurisdiction when it comes to officially interacting with their Mainland China-based suppliers and customers. This would also allow them to take advantage of some of the accelerated delivery channels already in place, including the existing facility for packages to be consolidated in Hong Kong three times a week prior to being shipped to Vladivostok and then delivered via Trans-Siberian routing.