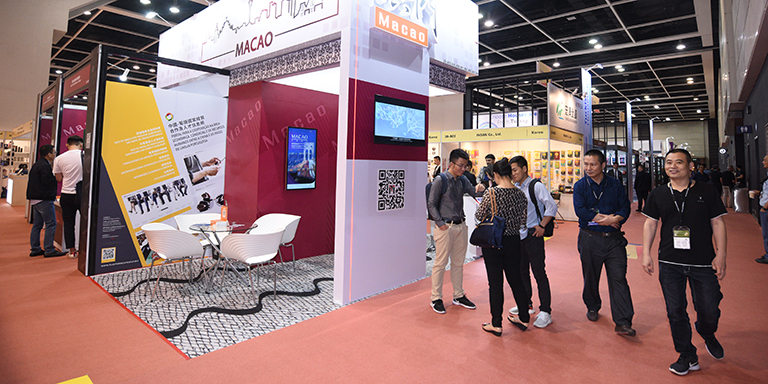 Home products have the smarts

Southeast Asian countries make their presence felt as both suppliers and markets at household-focused fairs.

Houseware product and service providers are eager to ensure their products are future-proof as the smart home rapidly switches from concept to reality, as shown by the offerings at the 34th HKTDC Hong Kong Houseware Fair and the concurrent 10th HKTDC Hong Kong International Home Textiles and Furnishings Fair.

Benjamin Chau, HKTDC Deputy Executive Director, said: “Smart homes are becoming an integral part of urban living, so we are pleased to see more exhibitors developing and introducing smart home products to drive sourcing demand. In addition, the Hong Kong Trade Development Council (HKTDC) continued to work with Association of Southeast Asian Nations (ASEAN) countries to invite their manufacturers and buyers to participate in this year’s fairs. At the Houseware Fair, the Best of ASEAN zone showcased some outstanding products from Indonesia, the Philippines, Thailand and Vietnam.”

Over a four-day period (20-23 April), the two fairs welcomed close to 47,000 buyers from 121 countries and regions. A satisfactory increase in buyer turnout was recorded from several markets, including Mainland China, Macao, Korea, Thailand, Indonesia, Russia, Turkey and Brazil. More than 28,000 buyers attended the Houseware Fair, while nearly 19,000 buyers visited the Home Textiles Fair.

To gauge the industry’s views on market prospects, product trends and the current hot issues, the HKTDC commissioned an independent on-site survey during the Houseware Fair, interviewing 535 buyers and exhibitors. Despite the current economic uncertainty, 53% of respondents expected the trade friction between the mainland and the United States to have no impact on the sector’s export performance over the next six months, while 60% believed Britain’s planned departure from the European Union will have no impact over the same period. The survey also found industry players to be cautiously optimistic about market prospects, with 37% of respondents anticipating overall sales to grow and 51% seeing sales remaining steady in 2019.

Respondents were also asked for their views on growth prospects for the industry’s major sales markets. The survey revealed that Japan (67%), Taiwan (66%) and Hong Kong (65%) are the three most promising traditional markets, while the mainland (70%) and ASEAN countries (67%) are the two emerging markets with the strongest growth prospects.
Asked about different product categories, respondents said eco-friendly products (16%), kitchenware and gadgets (15%) and furniture (10%) are the product categories with the highest growth potential. Simple designs (43%), trendy designs (41%) and multifunctional products (30%) were viewed as the most outstanding product styles this year.

As technology becomes further integrated into daily living, many exhibitors showcased smart home products that cater for this growing trend. At the Houseware Fair, mainland exhibitor Shantou Leqishi Plastic Products Co, Ltd featured its KIGI Food Storage Container. The container works with the KIGI app to allow the user to check the condition of the stored food and even obtain recipe suggestions. The product attracted potential distributors from the US and United Kingdom.

Following the success of the Thailand Pavilion in 2018, where Thai exhibitors closed more than 100 deals, the HKTDC again collaborated with Thailand’s Office of SMEs Promotion (OSMEP) to bring 20 small and medium-sized enterprises (SMEs) to exhibit at this year’s Houseware Fair. Their creative products attracted a lot of interest from international buyers. Debut exhibitor Nagathaiplus Co, Ltd showcased its 100% latex pillows, neck pillows and back cushions and received two on-site orders from Italian and Argentinian buyers for one million and 500 pillows respectively. The exhibitor also met with potential distributors from Hong Kong, the mainland and Taiwan.

Sourcing activity at the fairground was brisk. Eric Ni, Deputy General Manager of the Shanghai Dragon Corporation, said: “Apart from looking for new suppliers, I am taking this good opportunity to learn more about global houseware trends. I am very interested in the carpets of an Indian supplier and the silkworm quilts and silk bedding sets supplied by a Mainland Chinese exhibitor. I plan to buy products worth Rmb 800,000 (US$119,000) from the mainland exhibitor.”

Always at your service