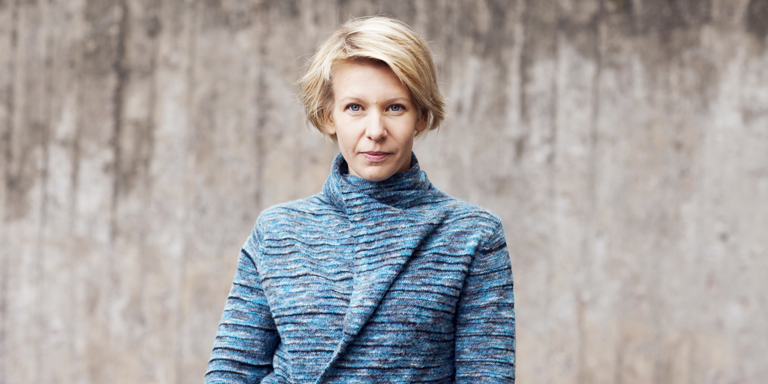 High-profile science fiction and fantasy authors from across the globe will speak about their craft at this year’s event.

The annual summer literary extravaganza, the HKTDC Hong Kong Book Fair, enters its 30th edition in 2019 and is expected to draw 686 exhibitors from 39 countries and territories. Visitors to this year’s fair, themed Sci-Fi and Mystery, will be able to hear literary greats from around the world, including special guests from France, Finland and Japan.

The fair, organised by the Hong Kong Trade Development Council (HKTDC), will be held from 17 to 23 July at the Hong Kong Convention and Exhibition Centre (HKCEC).

The Consulate General of France in Hong Kong and Macao has invited Bernard Werber, beloved by science fiction fans and currently one of the most popular French authors, to talk at the Book Fair. Mr Werber began writing at the age of seven and his first novel, Les Fourmis, was widely acclaimed after its publication in 1991, later forming a trilogy with Le Jour de Fourmis and La Révolution des Fourmis. His works have been translated into 35 languages and have sold more than 30 million copies worldwide.

His experience working at a science fiction magazine helped prepare Mr Werber for his future literary career. Combining natural sciences, fantasy and adventure, his works create a whole new world view and offer an exceptional reading experience. In 2018, he published La Boîte de Pandore, an adventure about reincarnation, history and free will, in which his distinctive characters and tight plot helped to reaffirm his literary status. At the seminar, Mr Werber will explore his imaginary worlds with readers under the theme “Reality vs Fantasy: How to Develop Imagination?”

With the support of the European Union Office to Hong Kong and Macao, Finnish writer Selja Ahava (main picture) is invited to share her insights with readers at the Book Fair. As a graduate of the Theatre Academy at the University of Arts Helsinki, Ms Ahava gained experience as a scriptwriter working in the TV, film and radio fields. Her first fantasy novel, The Day the Whale Swam through London, won the Laura Hirvisaari Prize and was nominated for the Helsingin Sanomat Literary Prize in 2010. Fantastical and comical, the novel is a touching tale of salvation detailing the protagonist’s inner journey after losing her memory.

Ms Ahava’s second novel, Things that Fall from the Sky, starts from a random accident in everyday life and goes on to explore the unexpected things that can happen. The book was awarded the European Union Prize for Literature in 2016 and nominated for various international awards. Booklist’s review praised Ms Ahava’s ability to serve “as an example of what strong writers can do with simple sentences”.

KADOKAWA CORPORATION, one of the four biggest publishers in Japan, has invited Japanese novelist Kanae Minato to speak at the fair. Ms Minato published her first novel, Confessions, in 2008, telling the story of a teacher who discovers that her daughter was murdered by one of her students and struggles to exact her revenge. The novel was hugely popular, ranking top in Shukan Bunshun’s Mystery Best 10 in 2008, winning the Japan Booksellers’ Award in 2009, and being adapted into a film in 2010. Ms Minato didn’t stop there, winning the Mystery Writers of Japan Award for Best Short Story with Umi no Hoshi from her short story collection Bokyo in 2012, and the Yamamoto Shugoro Prize for Utopia in 2016.

Ms Minato writes with simplicity, detailing the changes in her characters’ inner thoughts with just a few well-chosen words. Her works explore the evil in human nature, believing that only by facing evil can we see the value of benevolence. This is just one of the reasons readers find her works so compelling.

Book Fair visitors can also explore different cultures at the Japan Pavilion and International Cultural Village. The former is a perennial favourite at the fair, and this year sees the Japan National Tourism Organisation, KADOKAWA CORPORATION and 10 cities and prefectures join as exhibitors. Virtual-reality tours will also be offered to help visitors appreciate the landmarks of Japanese anime culture.

The International Cultural Village continues to spotlight consulates and cultural promotion organisations from 33 countries and territories, with a European Union Pavilion set up by countries including France, Germany, Italy and Poland. Various activities will be organised to offer booklovers a true taste of European culture.