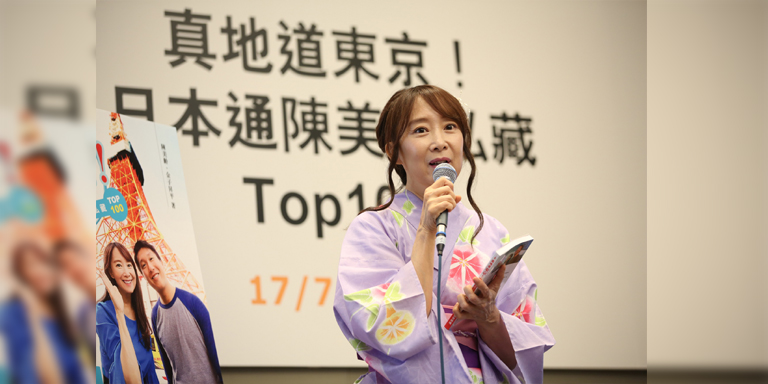 Leading producers in the industry explore how to meet the needs of the ‘Netflix generation’.

The International Publishing Forum, jointly organised by the Hong Kong Trade Development Council (HKTDC) and the Hong Kong Publishing Federation on 18 July 2019, brought industry leaders together to tackle the issue of growth and innovation in the publishing industry.

At the audience question-and-answer session during the seminar, a question from a London-based fiction author summarised the concerns many in the industry have.

“Do I have to change my job,” she asked. “The industry seems to be shrinking so fast.”

The session’s moderator, Associate Director of the City University of Hong Kong Press Edmund Chan, said that, far from being redundant, content creators had unlimited opportunities.

The forum was part of the 30th edition of the HKTDC Hong Kong Book Fair,  held under the theme “Sci-fi and Mystery” from 17 to 23 July at the Hong Kong Convention and Exhibition Centre (HKCEC). The fair welcomed a record number of 686 exhibitors from 39 countries and regions, which presented a diverse selection of page-turners in various languages.

The diverse background of the three speakers at the forum reflects the changes impacting the industry. Mr Chong is a veteran of the education publishing industry while Lin Tien-lai – Chief Operating Officer of the Global Views-Commonwealth Publishing Group and President of the Commonwealth Publishing Company – began his career as a school handyman before becoming a librarian and then going into publishing.

The third speaker, Zhong Wenming – President, Dragonfly, FM – started out in finance after studying at Shanghai Jiaotong University, specialising in commodities trading, before moving into cultural innovation with Dragonfly.

Noting changes to the publishing industry resembled his own unusual career path, Mr Lin said: “We don’t just publish and sell paper any more. We are a learning and knowledge platform, not just a printing house.”

The ethos is flexibility and adapting to modern times, what he termed “blue ocean” strategy – meaning limitless depths of avenues to reach readers.

“Our focus is what print and publishers don’t do,” he said. Beyond books and magazines, his company’s strategy extends from book stores to subscriptions, e-publishing and online learning courses – backed up by social media, digital marketing and all the tools reaching young readers who are predominantly on their phones.

In uncharted, constantly changing territory, a key approach is intensive marketing strategies that harness the large followings of key opinion leaders (KOLs) to promote book reading.  Exceptionally noteworthy is that the chief editor of the company’s website, with millions of online followers, is in effect one of the most influential executives in Taiwan publishing.

Mr Zhong said he was at first surprised that a digital broadcaster should be asked to present at a seminar on publishing innovation – but then realised that the term “publishing” now covers all media. Dragonfly makes innovative use of KOLs and careful aggregation of its content into attention-drawing packages to increase its user base.

Podcasts offer a new avenue of communication, he said – except it is listeners not readers.

“People used to write on stone and many primitive materials but now there is podcasting,” he said. “In the end it’s all the same – about getting a message of content across to readers. Now that everyone has a mobile phone, podcasts can engage audiences while they are walking, or driving, or doing housework. The market is limitless.”

As an example, he said some popular podcasts’ “listening” averaged 130 minutes daily – an appealing statistic of engagement to advertisers – and the fledgling market is increasingly popularised by the familiar voices of well-known actors, TV anchors and authors. “With educational material in particular, narration and storytelling has proved to be a great success,” he said.

Mr Chong said changes in education publishing in the 21st century could be summarised in five As. The first was actualisation, recognising that reality in the 21st century was very different in terms of the kinds of jobs students would do, with data processing, AI and machine learning coming to the fore. Skills that would be in demand included innovation, the ability to learn continuously and creativity.

The second A is agility, he said. Students needed to know how to use new tools such as Google; interactive learning will be much in demand. The third A is adaptability – students and publishers needed to work in a world where learning took place through augmented reality (AR), gamified learning and personalised learning, with courses adapted for each student. Asian countries took the lead in AR, he observed.

Accessibility to education was changing rapidly, Mr Chong pointed out, with online access to lessons from leading universities through tools such as Coursera.

The final A was affordability – university tuition costs have risen eight times faster than the cost of living recently. Covering these costs is difficult and the student debt loads were growing. Cutting these costs was a priority.

The educational publishing industry was being redefined, Mr Chong remarked, as entrants such as Amazon Web Services moved into areas traditionally dominated by such publishers as Cambridge University Press. As print revenue slowed, operating costs rose and the two trends reinforced each other. Library budgets have fallen and many libraries are switching to subscription models.

Revenue from digital publishing was growing, he said, but gradually, while the costs of setting up systems were high.

Mr Chong noted that leading education publisher Pearson had decided to phase out print altogether, quoting John Fallon, Pearson’s Chief Executive, who had said:“It’s like Spotify or Netflix in terms of how you pay. You don’t own it, you rent it.”

In line with the Book Fair’s Sci-Fi and Mystery theme, other on-site seminars included those featuring leading Hong Kong science fiction and mystery authors sharing their insights with participants. Eddy Lee, Jeremy Pak and Pegasus Mak examined “The Early Development of Sci-Fi in Hong Kong”, with Lee Man-kin (To Jim), Permanent Honorary Advisor of the Hong Kong Science Fiction Club, as the special guest. Writers Chan Ho-kei, Albert Tam, “Mong-yat” Jeremy Tse, CuronecoC and Faker joined the “Fiction Writers Roundtable – How Could We Become Sci-Fi and Mystery Literature Writers?” to detail their creative journeys, while Leung For-hing hosted a seminar on “The Growth and Inheritance of the Secret Agent”. Lai Ho, named as the favourite writer among Hong Kong’s primary school students, shared his views on promoting children’s reading habits. Various sci-fi and mystery writers also spoke about their careers and offered writing tips. The fair also featured writers from outside Hong Kong, including Yeh Lee Hwa from Taiwan who discussed his views on science fiction in the seminar “From Isaac Asimov to Ni Kuang – My Sci-Fi Journey”.

Book Fair and other events