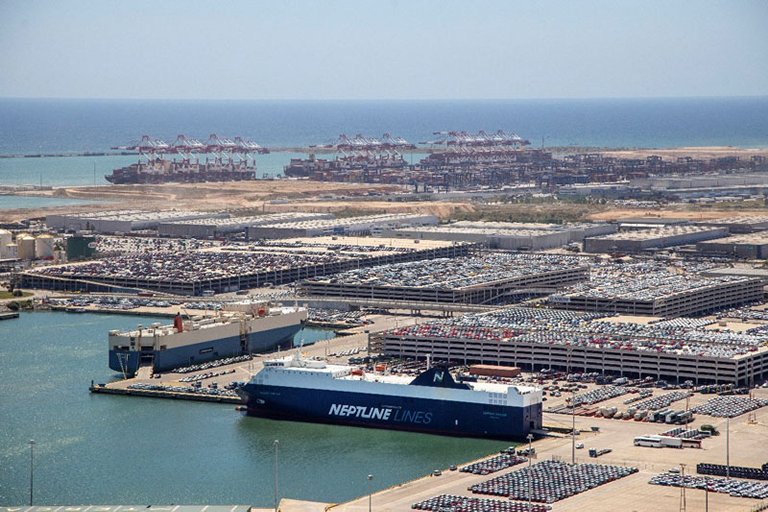 The Greater Bay Area: To Barcelona and Beyond

When they first began operating in Hong Kong, on the eighth day of the eighth month of 1988, the pioneering executives of The Port of Barcelona had no idea how auspicious a date they had chosen.

Of course, they were soon made aware of how special the number eight is considered in Chinese culture. Now, more than three decades later, the Port of Barcelona’s China Representative, Juan Dedeu, believes that, in tandem with a lot of hard work, numerologically-determined luck has played its part in enabling an economically significant relationship which will go from strength to strength as the Greater Bay Area (GBA) initiative unfolds in the coming months and years.

“We started business here on the eighth of August 1988, and at that time we had no idea the significance that combination of numbers had,” he says. “But now we look back all those years, think about how special and significant our relationship has become, and believe that thanks to that stroke of luck – plus a lot of hard work – we have built a relationship with Hong Kong which will endure and with the GBA initiative, flourish.”

The GBA aims to closely link nine provincial cities in Guangdong province with the Hong Kong and Macao Special Administrative Regions (SARs) to create an economic zone which will form a key component in the next phase of China's economic development. The area covered by the initiative has a combined GDP of US$1.6 trillion.

Barcelona is an important logistics and distribution hub for both international and Spanish national operators and very much a gateway port for southern Europe and northern Africa, says Dedeu. Almost 100 regular shipping lines, used by 54 ship-owners, connect the city with 209 ports around the world, including Hong Kong. Its unique location makes it one of the largest commercial and industrial centres in the Mediterranean.

Moreover, with its highly developed hinterland transport links to the rest of Spain and the wider European continent, Barcelona offers fully integrated services for global market players as well as specialised logistics solutions for different sectors.

The Port of Barcelona moves 3.5 million full containers through its gates every year and 23 percent of those either come from or end up in China. Today, Barcelona’s main partner port in China, in terms of traffic, is Ningbo, followed by Shanghai and Yantian. COSCO, the world’s biggest logistics company, has a long history with Barcelona and has a headquarters in the city. Additionally, Hutchison of Hong Kong has a terminal at the port.

“We have extremely good relations with all of them,” says Dedeu, but adds: “Hong Kong will also remain special, even if it loses its long-time pre-eminence as China’s largest port.”

Besides his own personal close relationship – and a network of crucial connections within the Hong Kong business community and government – Dedeu says the city is and will continue to be the main driver of the Port of Barcelona’s business with the GBA.

“We feel very comfortable about the GBA initiative,” he says. “This is in large part because we believe Hong Kong, with its long history of being the gateway to China, its experience and expertise as a financial centre and its historic connections to the international community, can play a key role in making the initiative a success.

Dedeu explains that while Shenzhen and other parts of the GBA have the advantage of being able to produce products of good quality and price at competitive rates, Hong Kong definitely has the edge when it comes to international experience and has to leverage that edge.

“Over a long period, Hong Kong has proved to the world that it is good to its word,” he adds. “When Hong Kong says it will do something, it does it. This kind of proven reliability and expertise in delivery is not something you can easily buy. It takes years – even decades – to establish.”

But not everything in the garden is rosy. As Dedeu points out, Hong Kong has challenges to overcome.

One very basic example which he identifies is that opening a bank account in the city used to be very simple. Due to severely tightened regulations relating to money laundering and terrorist financing, this is no longer so simple.

“It used to be that you could open a bank account in Hong Kong in the space of one day or by phone,” Dedeu says. “But now it can take weeks, even three months to do so. I understand there are important reasons why that might be the case, but really Hong Kong has to do something to improve the length of time it takes.”

On a more macro level, Dedeu says that while the city should celebrate and take forward the experience and expertise it gained under British colonial administration, it must embrace its future as part of the Chinese nation.

But to do so the city has to look forward and take on board the reality that it is an integral part of China and fully immerse itself in big projects such as the GBA initiative, to ensure future prosperity and success.

“Now we (Hong Kong) have to be an important part of the big ideas and plans China has for not only domestic development but its expanding role in the world,” adds Dedeu.

A Gateway to Southern Europe

That international growth and success will rely on the smooth flow of trade across the globe, and in recent years The Port of Barcelona has been positioning itself as a major player in the networks that make that logistical flow possible.

“Our aim is to be a driver of our country’s economy,” says Dedeu. “Let me explain. Singapore for example is a wonderful port but it is a trans-shipment port; they do not have an inland market. The Port of Barcelona does have an inland market – we try to be close to our customers who are the importers and exporters. To achieve this end, we have a growing network of inland terminals to which we deliver cargo.

“For example, the Port of Barcelona runs seven trains a day to two of these inland terminals, one in Zaragoza and one in Madrid and we also have connections with Lyon, Bordeaux, Pamplona and Bilbao. This is very important. We do not aim to be the largest port in the world – our aim is to be a major driver for our country’s economy.”

In 2018, the Port of Barcelona achieved an historic high with a total traffic throughput of 67 million tonnes – a 10% rise on the previous year. In the previous year, port traffic had already grown by 26%, largely on account of the overall Spanish economy growing by 3%, while the local Catalonian economy grew by 3.4%.

In general terms, as the company’s annual report for 2018 noted, the port is on a solid footing to make the most of a successful and dynamic GBA.

The report stated: “It is worth underlining that we were in 2017 the fastest-growing port in Europe and also that the data registered indicate that we have generally returned to pre-crisis (2008) levels. This fact is especially significant in the case of import containers, which exceed the results obtained in 2007 for the first time. Overall, we can say that we are in a radically different situation to that of ten years ago and our results clearly reflect the progression of the economy in our surrounding area.”

Beat goes on for start-up duo