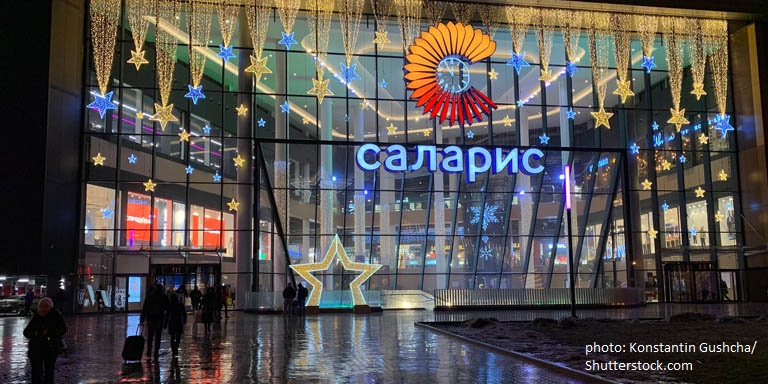 COVID-19-induced shutdowns and supply chain rewiring has prompted a search for fresh sources.

Throughout the course of the initial COVID-19 outbreak in Mainland China and its subsequent spread to the United States, Europe and other parts of the world, Russian retailers coped admirably with the growing sense of crisis. Now, though, there are visible shortages in many sectors such as fast-moving consumer goods, food, clothing, footwear, household goods and electronics items.

While it should come as little surprise that stocks of surgical masks and hand sanitiser are all but exhausted, many stores also lack buckwheat and tinned-food products. In general, though, stocks are being replenished and there’s been no sign of the kind of panic-buying reported in other parts of the world. Many retailers have also made special provisions for particularly vulnerable consumers, such as the elderly or those in poor health.

In particular, the outbreak has disrupted Russia’s clothing and footwear imports. With the onset of the spring purchasing cycle looming, this has seen many retailers keen to secure alternative geographic sources, while also looking to refresh leftover stock from previous seasons.

One of the companies that has been particularly vulnerable is Finn Flare, a popular Russian-Finnish brand of padded jackets and winter sportswear, which operates its own retail chain across the country. Commenting on the current situation, a company spokesperson said that while the mainland had previously been the producer of record for 50% of its range, that share has been dramatically reduced, with existing orders being redistributed across India, Bangladesh and Vietnam.

In a similar predicament is Baon, the Moscow-headquartered sports and casualwear brand, which is already anticipating procurement problems with regard to its autumn-winter 2020 collection. It is a pressing issue in that most Russian fashion players tend to finalise winter orders in the preceding April at the latest in order to avoid fulfilment problems.

Such are the current concerns that Baon – along with many other Russian retailers – is said to be willing to pay a premium to air-freight delayed deliveries. The time constraints have also led to many companies reappraising the viability of importing via rail, a faster but more costly alternative to the more popular marine routes.

One of the few Russian retailers seen as being ahead of the problem is Detsky Mir, the country’s largest toy chain. In January, in the expectation that the coronavirus would cause widespread disruption, the company dramatically upped its orders by an additional US$30 million. With the majority of these already fulfilled, it is believed the Moscow-headquartered business now has sufficient stocks to last well into the autumn back-to-school period without any supplementary deliveries from its mainland suppliers.

The company’s farsighted action was prompted by its concern that, as with Finn Flare, goods of mainland origin accounted for 50% of its range. Given the technical and compliance issues related to its product lines, it was also seen as impractical to find alternative suppliers within the required timeframe.

Taking more of an international perspective, Sergey Vikulin, Chairman of the Russia-Hong Kong Business Association and Chief Executive of the Moscow-headquartered Raschini Fashion House, believes the extended mainland layoff will have long-term repercussions for both the Russian and global fashion industry. In terms of local companies, he expects to see them turning more to both domestic production facilities and those located within fellow member nations of the Eurasian Economic Union, notably Belarus or Kazakhstan. As for global brands, he sees them as set to refine their existing production resources in Turkey and northern Africa.

Overall, there are a number of sectors where, in terms of Russia’s procurement needs, the mainland is seen as pretty much irreplaceable at the moment, most notably with regard to lighting products, timepieces and gifts/premiums. By contrast, while local manufacturers are viewed as well up to the challenge of producing hobby and collectable items, they are seen as ill-equipped to meet mass-market needs.

Although it is anticipated that the fiscal relief measures recently announced by the Russian Federal Government will help ease the current import problems, the coronavirus is not the only problem facing the country’s retailers. Indeed, with the price of crude oil dropping across the world, it could be that the year-end will see a substantial decline in the value of the rouble, sending the cost of imports soaring.