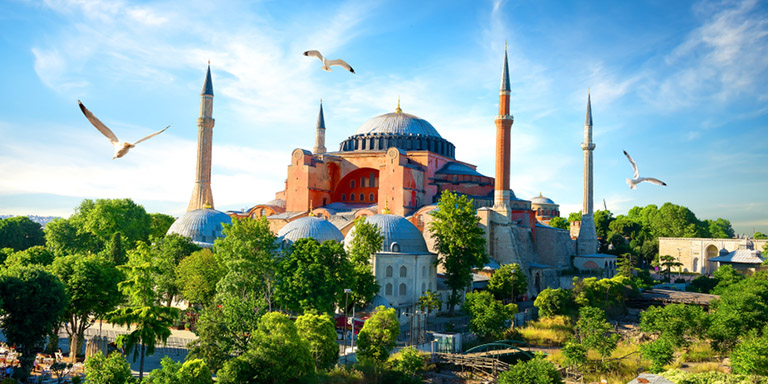 With a young, 84m-strong population and centred in a fast-growing region, Turkey offers many e-commerce opportunities.

Perran Ersu, a Consultant for the HKTDC based in Istanbul, the largest city and commercial capital of Turkey, said the country has a population of 84 million with 80.6 million phones, creating great potential for mobile commerce. Turkey also has 72 million broadband users, 66.3 million credit users and had a per capita income slightly under US$9,000 – a figure that fell recently due to exchange-rate losses.

As with much of the world, e-commerce had been growing in Turkey until 2020, but then saw an upsurge in the digital economy as the COVID-19 pandemic kept shoppers at home.

Of Turkey’s online consumers, slightly more were male and slightly more were married. In terms of age groups, 46.2% were aged 26 to 35, 25.3% were aged 36 to 45, and 23.1% aged 18 to 25, Turkish Statistical Institute (TurkStat) figures show. Before the pandemic most preferred shopping online for convenience, 71% liked price choices, 58% said it saved time, 54% said it was more available for those living in small towns, and 68% noted the wider range in general.

He quoted Euromonitor International’s forecast that the compound annual growth rate for e-commerce in Turkey between 2020 and 2024 would be 23.7% compared with a world average of 11.7% and 9.8% in Mainland China.

The Hepslojistik warehousing, order flow, packaging and transport service means the firm can provide a one-stop shop for all needs.

Mr Diken said benefits for partners included cost advantages, customer satisfaction, flat prices, time saving and efficiency.
Hepsiburada, which was established two decades ago, was the first Turkish firm to list on the United States’ Nasdaq Exchange and remains the only one. From the first half of 2020 to 2021, the company’s gross merchandise value increased 58.2% while the number of orders grew 43.9%.

Murat Senel, Head of Commerce at HepsiGlobal, Hepsiburada.com, told the webinar that the company aims to replicate its success in Turkey across the region. Hepsiburada aims to become the e-commerce leader in the Middle East and North Africa by 2025, concentrating on a four-hour flight radius from Istanbul, within which resides a population of 1 billion people.

HepsiGlobal’s offshore operations are conducted in English. It added two new markets in 2021 – Israel and Armenia – and will add 10 by 2022 including near neighbours such as Cyprus and Albania and further-afield countries such as France and Germany.