Since the last century, technologies have been increasingly used in businesses, societies and many aspects of our daily lives. Recent years in particular have seen a worldwide growth in the adoption of technology in city development and management, in an attempt to transform urban cities into smart and sustainable ones. Today, the concept of the smart city has become a global phenomenon and a go-to solution for urban challenges.

The Notion of Smart City

The definition of a smart city is continually evolving, and a consensus has yet to be reached. In general, the term “smart city” can refer to a city embracing and capitalising on technologies in various aspects to enhance its efficiency, improve the quality of life of its citizens and pursue sustainable development.

Boyd Cohen, an urban strategist and specialist in urban innovation and smart cities, developed the Smart City Wheel framework in 2012. This broad outline of the smart city concept consists of six major components - Smart Economy, Smart Environment, Smart Government, Smart Living, Smart Mobility and Smart People. It covers almost every aspect of the society and the framework has been widely adopted by academics as well as by cities themselves. In fact, the Smart City Blueprint for Hong Kong, published in 2017, was also designed with reference to these six Smart City Wheel components. According to data from the United Nations, more than half of the world’s population now lives in urban areas (compared to less than one-third in 1950) and this proportion is expected to increase to 60% by 2030.[1] Accelerating urbanisation has led to the mushrooming of megacities around the world and brings new challenges in areas such as pollution, traffic congestion, waste management, ageing populations and environmental sustainability. In this context, with new technological innovations, the concept of the smart city has risen to the top of policy makers’ agendas and emerged as a means to achieve more efficient and sustainable development of cities.

The continuous development of ICT infrastructures is one key enabler in progressing smart city development globally. Expanding modern infrastructure, for example, high-speed broadband networks, city-wide WiFi networks and the roll out of 5G cellular technology, is crucial for efficient data transmission and communications and important for cities looking to become “smarter”. The development of emerging technologies is also proceeding apace, particularly in areas such as the Internet of Things (IoT), cloud computing and big data. These technologies aggregate, share and converge city-wide data and resources to provide real-time and efficient information that are useful for city management and addressing urban challenges.

Although an extensive and scalable ICT infrastructure is a defining component, smart cities cannot be achieved without the engagement of the government, private sector and citizens. Governments can provide a top-down approach in designing smart city strategies and creating initiatives adapted to the city, while the participation of private institutions and citizens allows constructive feedback and collaboration which should result in the provision of better smart cities applications and solutions.

The Smart City Blueprint for Hong Kong was first launched in December 2017, mapping out a five-year development plan with vision to build Hong Kong into a world-class smart city. The Blueprint outlines strategies in six key areas – the economy, government, mobility, living, environment and people – and looks to enhance Hong Kong’s attractiveness and sustainability through the use of innovative technology. Some major initiatives have been implemented since then, such as the automated security gates with facial recognition technology at Hong Kong International Airport and the launch of Faster Payment System in 2018.

Building on the original blueprint, the government has announced several measures to be adopted under the Blueprint 2.0, which details are set to be released this year. New initiatives include a HK$1 billion Smart Traffic Fund for vehicle-related innovation and technology, the launch of an ‘iAM Smart” one-stop personalised digital government services platform and the establishment of Geospatial Lab. 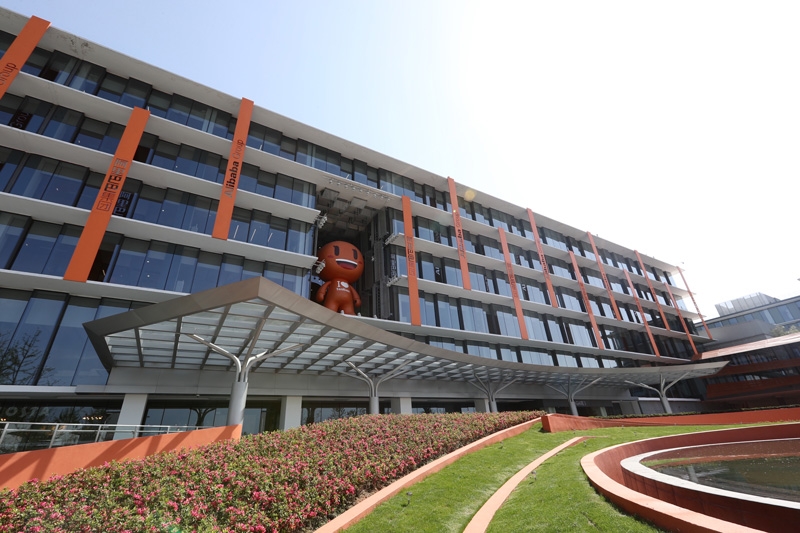 The 12th Five-Year Plan, issued in 2010, saw the Chinese government start to encourage the development of smart cities, directing state resources towards the development of IT infrastructures and smart devices. In the 13th Five-Year Plan, the concept was also given unprecedented attention, with emphasis on building several model smart cities and areas such as the Xiong’an New Area in south-west Beijing. The Internet of Things, 5G cellular network, cloud computing and artificial intelligence (AI) are often identified as key enablers in the development of many Chinese smart cities. One example is Alibaba-developed “City Brain” platform in Hangzhou, which uses AI to manage road signals around the city, detect potential traffic accidents and improve emergency response time.

The concept of smart cities is also highlighted as a strategic opportunity for Chinese firms to expand overseas under the Belt and Road Initiative (BRI), by exporting smart city technologies in the categories of network infrastructure, surveillance and big data. Huawei, Hikvision, Dahua and ZTE are some of the key exporters of these technologies.

Standing as the fifth largest economy in the world[2], ASEAN’s demographic and economic growth has led to rapid urbanisation.  ASEAN’s cities are expected to become home to an extra 90 million people in the next 10 years, and are facing increasing urban challenges, particularly in the areas of city planning and dealing with the impacts of disasters and climate change. Because of this, the ASEAN leaders established the ASEAN Smart Cities Network (ASCN) in April 2018. ASCN allows ASEAN member states to work together towards the common goal of smart and sustainable urban development, using technology as an enabler.

Among ASEAN cities, Singapore has been at the forefront of the smart city movement. In fact, it ranked top out of 102 cities around the world in the IMD Smart City Index 2019 and it was the leading Asian city in the Global Innovation Index 2019. The island nation announced its Smart Nation initiative back in 2014 and since then it has strengthened its digitisation efforts and driven innovation across domains in the public and private sectors. Some key milestones include the launch of peer-to-peer payment platform PayNow in 2017, the SingPass mobile app for one-stop government digital services, trials of smart lamp posts with wireless sensors and cameras, and the deployment of drones for aerial search and surveillance by the Singapore police.

Many European cities are among the front runners in the transition towards a sustainable economy, especially in the areas of energy conservation and emission reduction. Barcelona, for instance, began implementing measures over a decade ago to develop a low-carbon environment, such as wirelessly-controlled LED streetlights, a district heating and cooling system and wider use of solar energy.

To synergise efforts from various European economies in smart cities development, the European Commission launched the European innovation partnership on smart cities and communities (EIP-SCC) initiative in 2012. EIP-SCC was designed to create a community of smart city professionals and act as a platform to bring together public and private sectors through matchmaking and the exchange of information.

Smart city projects in the United States are mainly mapped out and implemented by local governments. While the focus of development varies from city to city, some common themes include enhancing mobility, improving energy efficiency, reforming public governance and strengthening ICT infrastructure.

San Francisco, also known for Silicon Valley, comes as no surprise that it is one of the US’s most prominent smart cities. In particular, the city has been a leader in green and sustainable development. The first electric vehicle was introduced in San Francisco in 2002 and since then the city has taken an active role in promoting this sustainable mode of transportation. The city now owns the largest number of electric vehicles and public charging stations among metropolitan areas in the US.[3] With a goal of achieving 100% emission-free ground transportation in two decades time, the city government passed legislation last year requiring all commercial parking lots and garages with more than 100 parking spaces to install electric vehicle charging stations in at least 10% of the parking spaces.

In recent years, Arab cities are also making headways to become smarter in response to dramatic population growth. With no shortage of ambition, innovation and the use of smart technologies can be seen across the Middle East, especially in the Gulf Cooperation Council (GCC) countries.

Dubai, one of the seven emirates of the United Arab Emirates (UAE), is a regional pilot of digital transformation. It was the first city in the world to launch a blockchain strategy, creating a roadmap for the full capitalisation of blockchain technology by 2021. A blockchain platform created by ConsenSys and local telecommunications company Du has become one of the main tools to support government entities’ prototyping activities. The city is also in process of digitising all public services, such as bill payments and licence renewals. All internal and external transactions will eliminate any use of paper and instead rely on secure processing using blockchain.

Saudi Arabia, meanwhile, is pushing ahead with its plan to build an innovative mega-city NEOM. The aim is to make NEOM fully powered by sustainable and renewable energy and deployed with robotics. The first phase is expected to be completed in five years’ time.

Although cities face unprecedented pressures and societal problems such as population boom, they are also the world’s best laboratories for solutions. Governments and private sectors in different economies are developing their approaches and technological capabilities accordingly to support sustainable urban development. The global trend of smart cities development brings new and huge opportunities in a wide range of sectors that businesses and industry players should look closely and leverage on.

Implementation Strategy for the New US Forced Labour Prevention Act

Operational Guidance for the New US Forced Labour Prevention Act